Dad's tip that changed the way I see the world 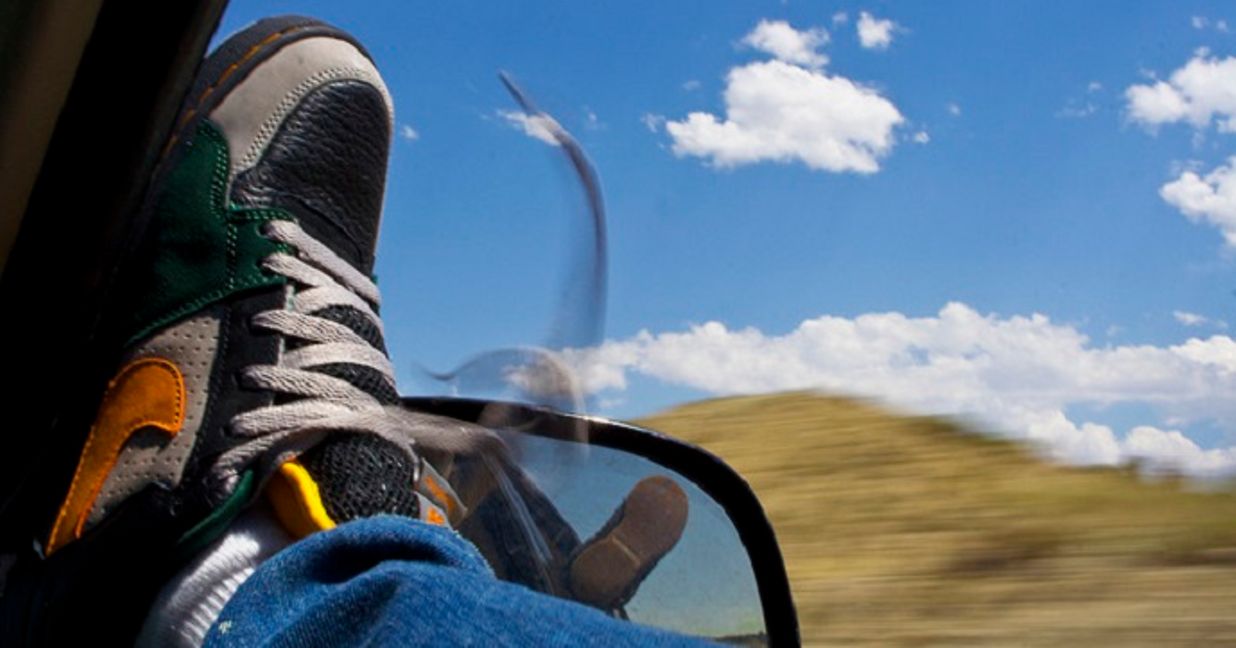 Don’t ask me why, but I remember the moment. I was 10 or 11 years old and my family was heading to Kiawah Island, S.C., for summer vacation.  My brother was reading another Hardy Boys mystery; I was watching the scenery pass by at 70 mph. It was mid-day, the clouds had just cleared—and the glare was killing me. Instead of being annoyed, I was excited. This was my first chance to use my new secret weapon.

Just a few days before, a friend and I had pedaled our bikes to a local store where I bought the perfect sunglasses for my trip.
They were cool: super dark black lenses, black wire frames. And the best part: they folded up. My excitement lasted right up until the moment I put them on. The glare cast by the sun off the other cars, the highway, even the sky itself seemed to be worse than before. I was disgusted, frustrated, saddened and angry. Talk about a letdown.

My parents realized I was frustrated and asked what was wrong. I'll never forget seeing my dad hold out his sunglasses for me to try on. He told me they were government-issued, the same ones Air Force pilots wear … and that they were polarized.

My dad was in the Air Force and worked as an Air Traffic Controller, so he knew what he was talking about. I put them on and immediately saw a difference. No more glare, no more strained eyes.

That summer I picked up a couple extra yards to mow and made enough money to buy my own pair of polarized sunglasses. I wanted ones just like my dad, so I looked high and low to find ones just like ‘em.  I ended up getting some sweet Ray-Ban® aviators. I’ve been preaching the benefits of polarized lenses ever since.

Polarized lenses are a great choice for anyone who wants to cut down on glare. According to Essilor, who makes many of the polarized lenses on the market, glares come from waves of light bouncing in multiple directions off surfaces. Polarized lenses block horizontal light waves. With only vertical angles of light entering the eye, the glare is reduced.

If your employees are like me, they’ll want to be able to use their vision benefits on polarized lenses. The good news is that our plans save members’ money on polarized lenses and a variety of other lens options that help meet their lifestyle needs.

As for me, I never leave home without my polarized sunglasses. Dad would be proud.

Take pride in your eyes and your LGBTQIA+...

Gen Z is shaping the future of the workplace...